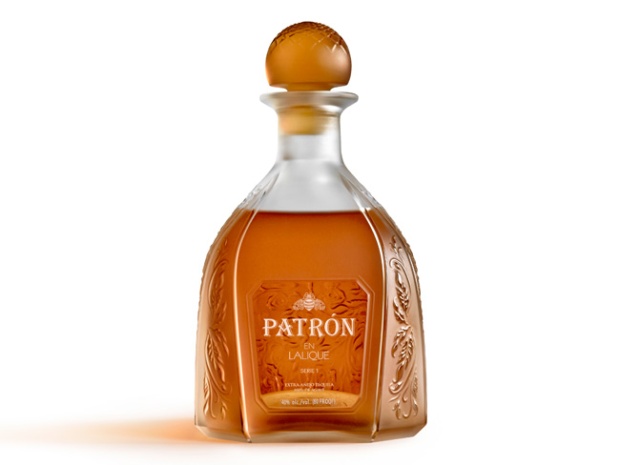 Fine crystal makers Lalique collaborated  with premium tequila producer Patrón to create an impressive handmade limited edition decanter. Bottles are numbered and within each of the 500 bottles rests a blend of some of Patrón’s oldest and rarest tequilas, hand-selected from their barrel aging room in the hills of Jalisco, Mexico.

“Though Patrón is enjoyed across the world, every drop of our tequila is produced in the town of Atotonilco el Alto in the picturesque Jalisco Highlands in Mexico,” says Ed Brown, president and CEO at Patrón Spirits International. “We’re very proud of our Mexican heritage, and the history and culture that for generations has inspired the production of tequila, showcased through this beautiful collector’s edition Patrón Mexican Heritage tin.”

Set against a vibrant pink background, the Patrón Silver Mexico tin prominently features two Aztec deities, Quetzalcóatl, the feathered serpent, and Tonatiuh, the sun god, as well as an eagle to represent ancient mythological symbolism. Drawing inspiration from traditional mosaics and embroidery, Sada used bright, eye-catching colors to capture traditional Mexican patterns and prints. Circling the Patrón bottle on the side of the tin is an interpretation of the ancient Aztec calendar.

Patrón Silver is made from only the finest 100 percent Weber Blue Agave handcrafted in small batches in Jalisco, Mexico to be smooth, soft and easily mixable. Its taste is sweet, with fresh agave and citrus, and a light pepper finish.

It is not often that a distiller can happily say that they forget about several barrels of their product. But exactly that happened to 30 barrels of Patron Tequila, and they couldn’t be happier. After going through their usual tequila production process, starting with only the best blue agave hearts which are baked in stone ovens and then distilled in in small copper stills, 30 barrels worth of tequila was put in French Oak barrels, an unusual choice, to be aged for a typical period of one year. But, as Patron shifted around the barrels, taking old ones out and bringing new ones in, these 30 barrels remained untouched for not two or three, but a staggering seven years. Then, only just this spring, the master tequilero cracked open a barrel and discovered something extraordinary. Extraordinary enough, it turns out, to warrant Patron’s first ever limited-release bottling. 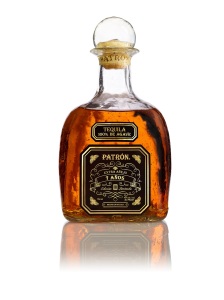 Patron 7 Anos Extra Anejo tequila. Beautiful to behold, it is an intense amber color with gold notes, stunningly displayed in a replica bottle based on the very first hand-blown Patron bottle and stopper. In the glass, it has an intense woodsy aroma, with notes of vanilla, light butter, and caramel. It tastes smooth, sweet, with dried fruits, citrus, light caramel and vanilla, offset by smoky wood character. This is a truly remarkable bottle in extremely limited quantities, so get it while you still can. After all, Patron 7 Anos was a happy accident, one that will never be replicated again.

With Cinco de Mayo fast approaching, plans for the perfect barbeque may be derailed by a simple question: what drinks should I serve?  Of course, beer is a must, but what else?  Bourbon is a perfect choice.  But what if you’re serving more Mexican fair to go along with the celebration?  Tequila would be more appropriate.  Now, there’s a way to do both.

Corazon Artisanal Edition Blanco Tequila is tequila in its purest form: un-aged and crystal clear.  Powerful agave scents lead the nose towards more subtle citrus and spice notes.  But on the tongue it is more subdued, with more agave and touches of vanilla and spice.  Not overly harsh, the mid-palate brings out some warmer spice and depth, without becoming harsh.  The finish is soft and smooth, ending with clean and refreshing agave flavor.

Corazon Buffalo Trace Reposado Tequila starts off life as Artisanal Blanco before aging in ex-Buffalo Trace barrels for ten and a half months.  This short ageing period is only enough to impart a pale-gold hue, but it more than makes up for this in flavor.  Buffalo Trace, a complex and powerful whiskey, is first apparent in the nose, where heavy oak and spice leads before giving way to the tequila’s natural agave.  But on the tongue, the oak is balanced well by the bourbon and tequila’s spice, which intermingle in delightful ways.  It expands during the mid-palate, without becoming overpowering, into bourbon notes of caramel and vanilla.  The tequilla ends superbly with the clean agave flavors balanced by the bourbon’s sweetness in a long and lingering finish. 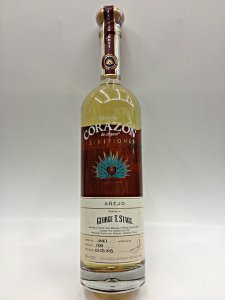 Corazon George T. Stagg Anejo is aged for a longer 22 months, but is only marginally darker than the Buffalo Trace.  The tequila opens with a simple nose, primarily oak with hints of citrus and caramel.  But this is not a tequila for sniffing; it is for drinking.  The agave is balanced well by more caramel, expanding nicely into oak and bourbon sweetness.  It ends cleanly, but richly, far closer to a bourbon than a tequila. 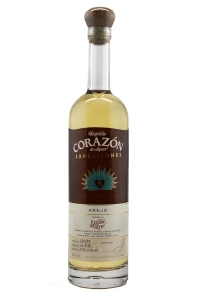 Corazon Sazerac Rye Anejo is the darkest of the three (but still very pale), aged for 24 months.  It opens with oak again, but is tempered by curious fruit and butterscotch notes.  It’s higher alcohol content creates more classic tequila spice and heat, with agave holding its own against caramel and subtle citrus.  Though it burns noticeably initially, the finish cools substantially into lasting caramel sweetness.

Whether you enjoy tequila, bourbon, or both, there is something special in each of these fine tequilas.  Feliz Cinco de Mayo!

This shake is defiantly for adults to beat the Summer heat.

Are you in the market for a good bottle of Tequila?

I thing the first thing for any Tequila lover is to know the history of all Tequilas. Tequila is distilled from the juice of the Agave plant. After the Agave plant has grown several years, it starts to store up sugars to feed its flower. This Flower or bloom is usually detached or it will use all the sugars that are needed in the distillation process.

Ancient Aztec Indians used the Agave plant for countless things. This included processing the leaves into a type of thread and also allowing the juice to ferment and drinking it. This was the first Tequila! Years later the fermented juice was distilled producing the first real Tequila. Today, Tequila is produced in numerous distilleries in Mexico, and much of it is exported to the United States.

Here are some pointers of how to select a good bottle of Tequila.

*NEVER buy Tequila that you have seen advertised. Most of these brands spend so much on advertising that they sometimes skimp on quality.

*Make sure that the Tequila is made in Mexico. “Made” is “Hecho” in Spanish, either of these will do. Mexico cannot make whiskey, we sure cannot make Tequila here either.

*Know your local Liquor Shop so that they can direct you to the best valued Tequila in the market.

And finally …… try anything within these criteria, find the one you like the best, enjoy! 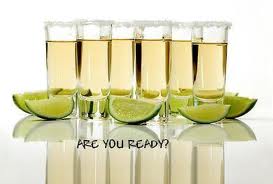 Tequila Ocho, which just arrived here from Arandas in Jalisco, Mexico, bills itself as “the first ultra premium single estate tequila to be introduced into the U.S. market in vintages.” Rather than the usual method of blending crops, the agave plants from which Ocho is made are sourced from single estates, i.e. individual plots of land with their own microclimates.

we have heard of Single-Estate Wine or Coco or even scotch but what’s up with Ocho Vintage Single-Estate Tequila! Because of the time it takes the agave to mature, each estate’s fields cannot be replenished for almost ten years after a harvest, making each one unique and, according to Ocho, highly collectible. Beside that, the agave is slowed cooked in stone ovens and undergoes open-air fermentation in wooden casks. If that is not enough for you each bottle is numbered by hand and stamped with the estate name of each vintage. Ocho is available in Plata, Reposado, and Anejo (below)  bottlings. 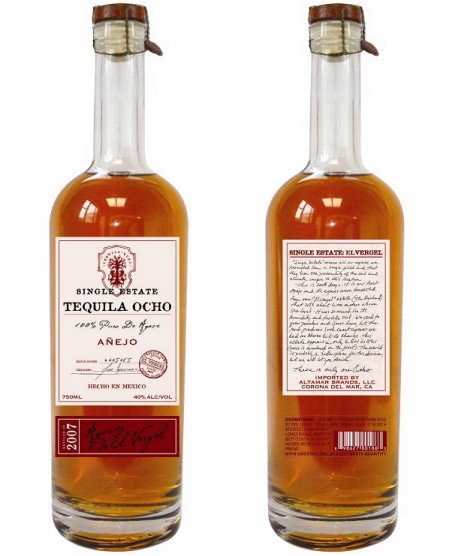